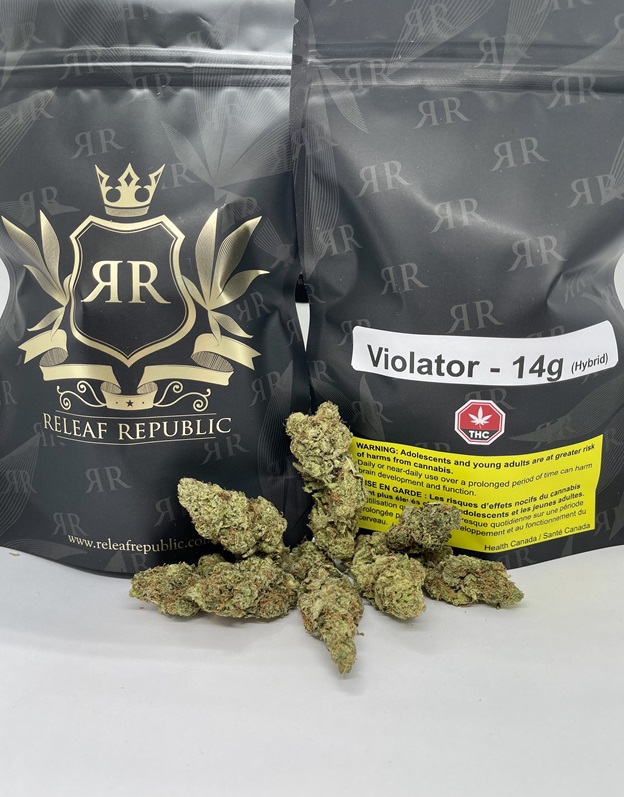 Violator is an Indica dominant hybrid known for having a THC count as high as 22 percent and a CBD count of up to one and a half percent. … Violator is a cross between Malana and Hindu Kush that was designed by the guys at Barney’s Farm. It is a heavy yielding strain which flowers for around eight weeks.